The series, even though literally based on texts from the book, are not illustrations. They are autonomous art pieces, pulled from the book and taken into my own visual world.
''A magic cloth',
180 x 150 cm,
watercolour, pencil & pastel on paper,
2014
'A magic cloth' is an almost abstract drawing in watercolour, of the 'saput-poleng', black-white sacred cloth the Balinese use in their Hindu ceremonies. The watercolour gives the monumental drawing a sense of light and transparency. The little pastel coloured circles refer to the magic which is held in the cloth like a protective coat. 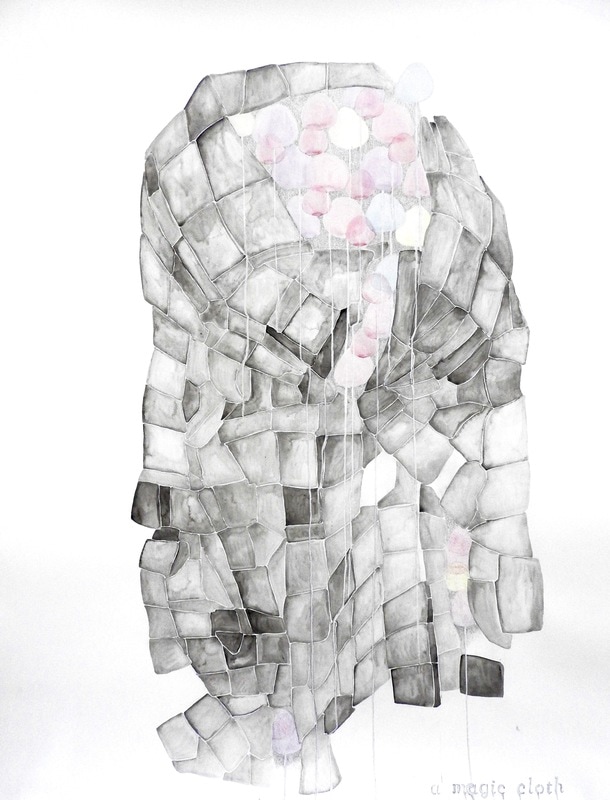 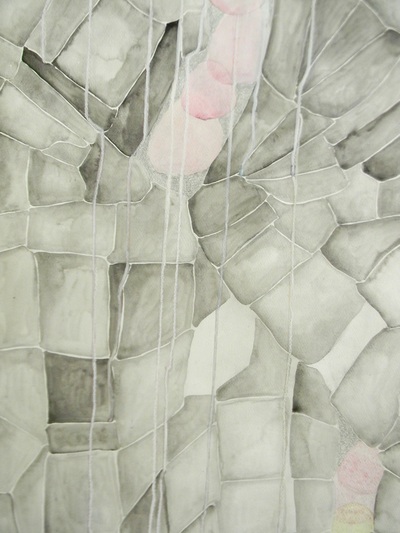 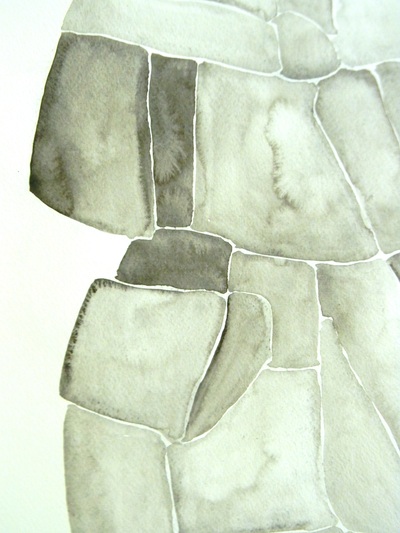 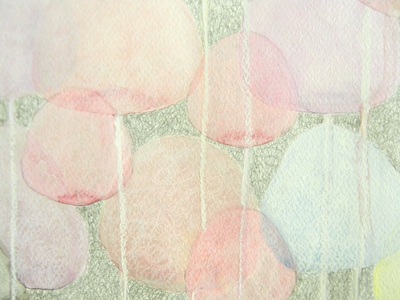 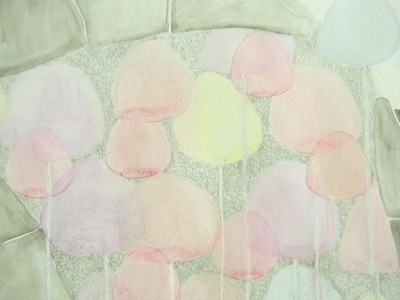 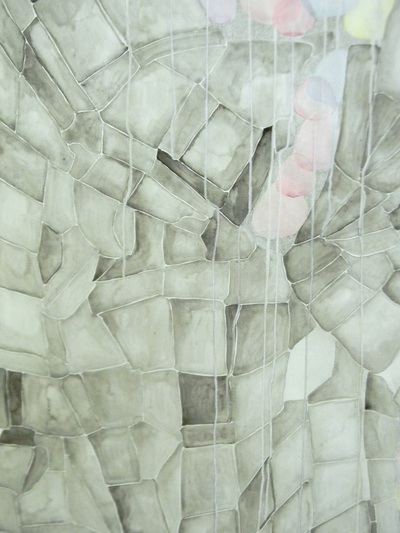