drawings frances alleblas
These large prints of female figures, covered in feathers, refer to ancient Polynesian Gods who were dressed in feathers. Hawaiian kings used to wear feather cloaks. I love the idea of literally dressing up an image of a body on paper. The birds on the shoulders refer to the feathers (the black bird in "the yellow feather cloak" is the O'o, a now extinct bird endemic to Hawaii and hunted to extinction for their yellow feathers used in cloaks and God images), but also refer to the kitsch tropical idea of having a colourful parrot on the shoulder.  The title ‘Treasures and curiosities’ refers to voyaging explorers like captain James Cook, but also to the curiosity the viewer might feel toward the printed body.
​
2013
'Treasures & curiosities; the red feather cloak' 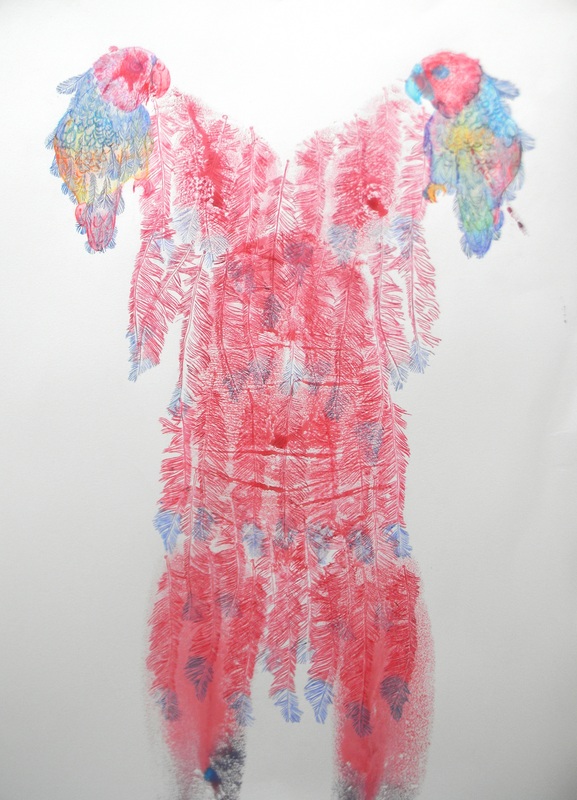 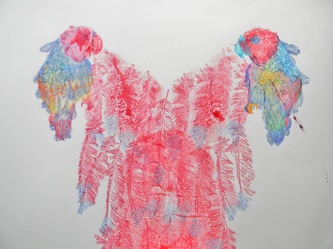 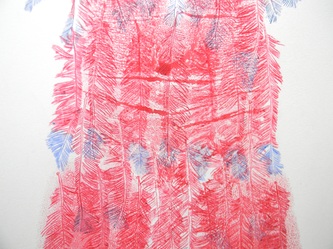