New York City is out there

"New York City is out there' shows a figure lying in bed in a hotel room and a shot of the stairs/hallway of the same hotel. I filmed both shots just standing in the doorway of the room, looking in and out. The sounds of the city penetrates the little room, luring you out, seducing but also scaring you away. The sounds in the hallway are coming from upstairs, where a resident would sing all day, all night. The curtain of the little room moves according to the speed of the window fan and turns the little room into a little box in which the light goes on and off at such a speed, that your eyes can't properly adjust.
The video has a eerie feel to it. A madness I experienced in this city that never sleeps. A city that is out there, beyond that curtain. But also right here, in the room and in the hallway.
Still "New York City is out there', video, 3.44 mins, 2016 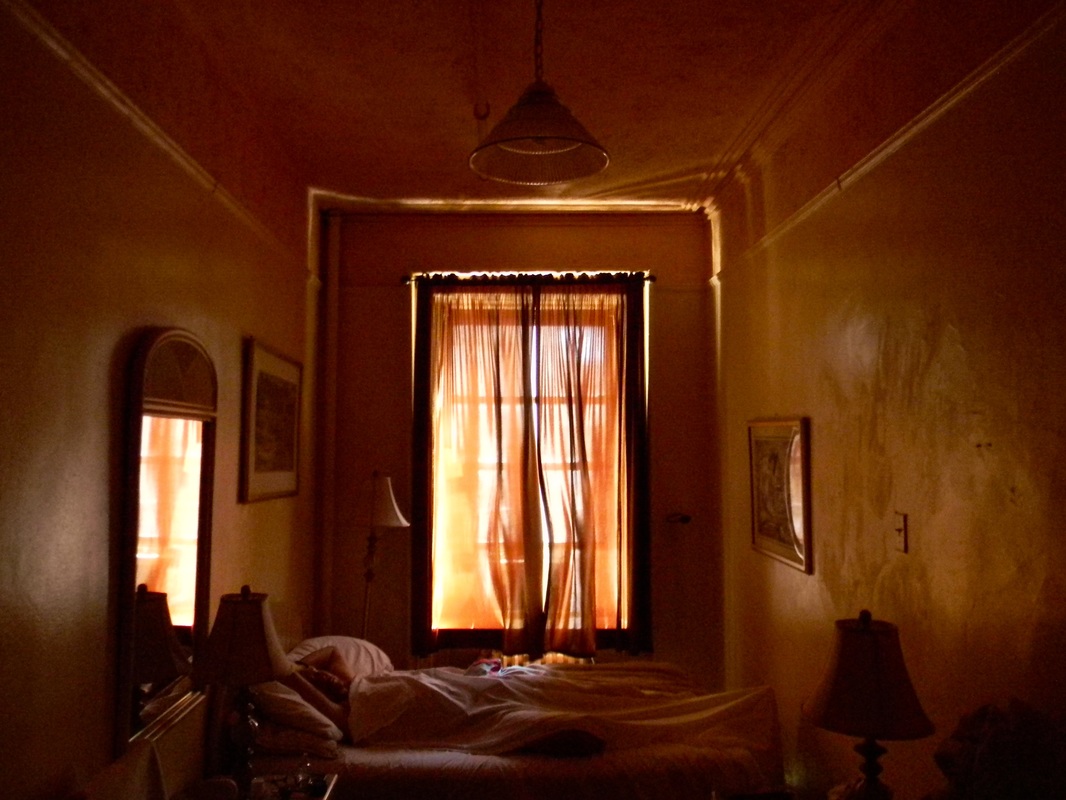