The series, even though literally based on texts from the book, are not illustrations. They are autonomous art pieces, pulled from the book and taken into my own visual world.
A man thrown into the sea in a weighted sack,
180 x 150 cm,
watercolour, pencil & charcoal on paper,
2013
This drawing is based on an old Balinese story of throwing men who slept with women of a higher caste, into the sea to drown. 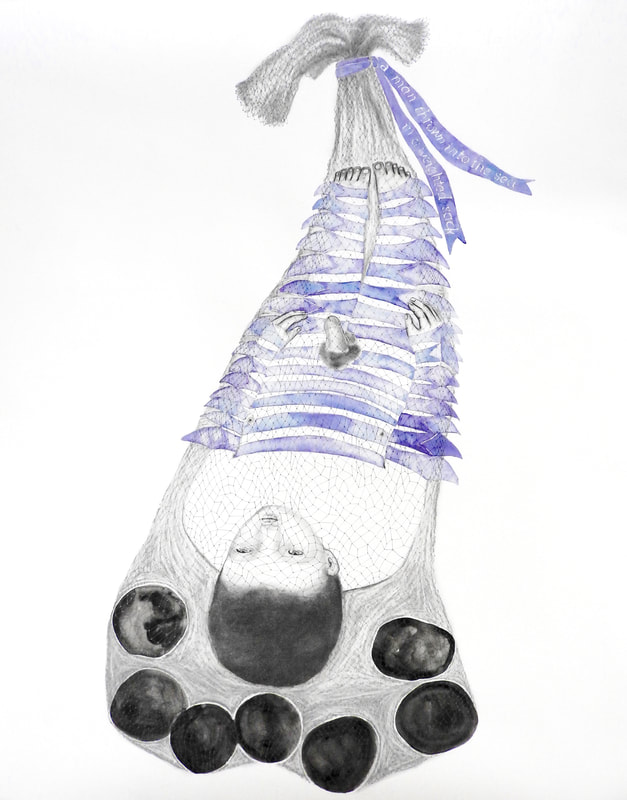 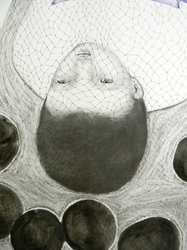 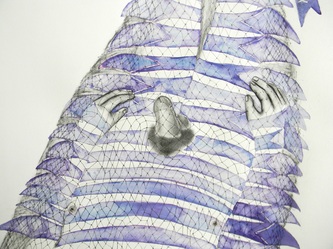 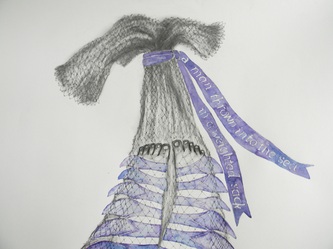 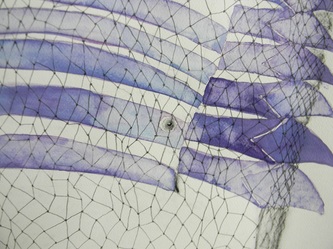 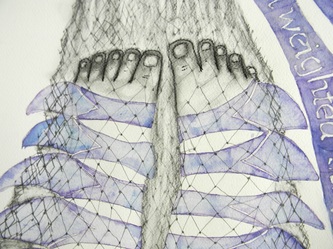 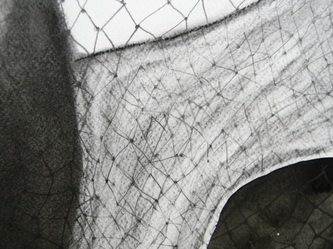 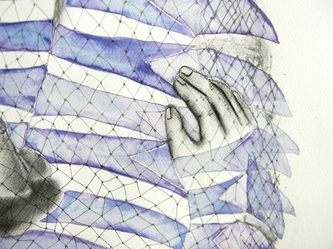 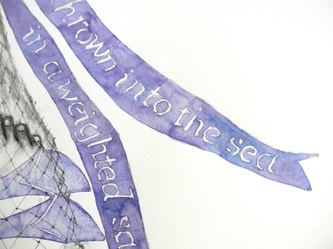 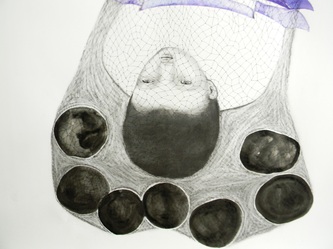 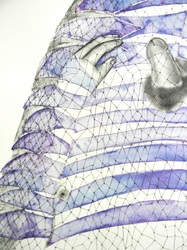 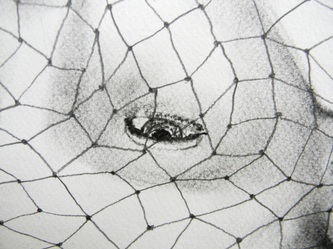 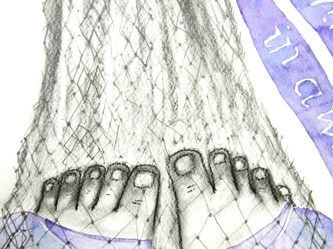