'New Mythologies; The Covarrubias series' is a series of large scale watercolor/charcoal drawings based on a texts from Miguel Covarrubias's book 'Island of Bali'. The titles of the drawings are literally taken from the book, yet I interpreted the texts in my own way, making it a story of my own.

The series, even though literally based on texts from the book, are not illustrations. They are autonomous art pieces, pulled from the book and taken into my own visual world.
Tedjakula's horse bath,
180 x 150 cm,
watercolour & charcoal on paper,
​2013
Tedjakula is a village in Bali where they used to have a bath especially for horses. 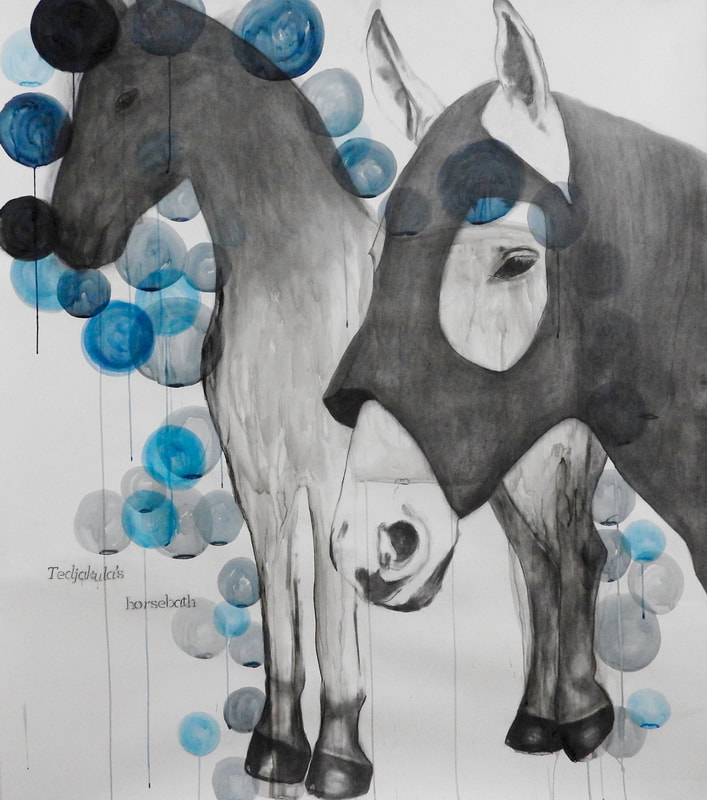 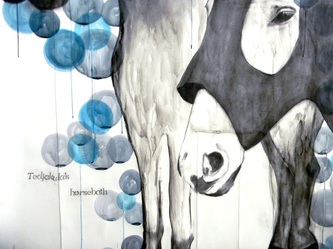 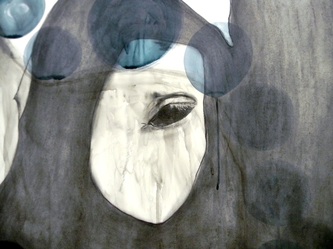 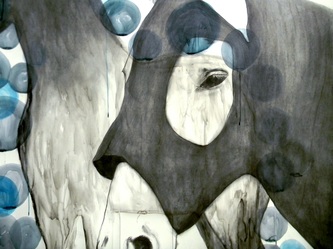