The series, even though literally based on texts from the book, are not illustrations. They are autonomous art pieces, pulled from the book and taken into my own visual world.
'Bestiality',
150 x 180 cm,
watercolour, pencil, charcoal & soft pastel on paper,
2014
‘Bestiality’ is a mentioned by Covarrubias in the book a couple of times. As the theme human-animal has had my interest in art for a long time, the title ‘Bestiality’ was something I had to work with.
By choosing a swan as the subject of ‘Bestiality”, together with a girl, our thoughts immediately go to the Greek myth of “Leda and the Swan’ in which the god Zeus, in the form of a swan, seduces or rapes Leda. By making the swan a very dark, almost velvety black, it looks stronger, more dominant and masculine. The face of the girl shows a sort of absence, not resisting, not giving in either. The girl’s upper torso is placed next to her, leaving an empty space where her breasts and heart should be. Inside her empty womb we see a feather. 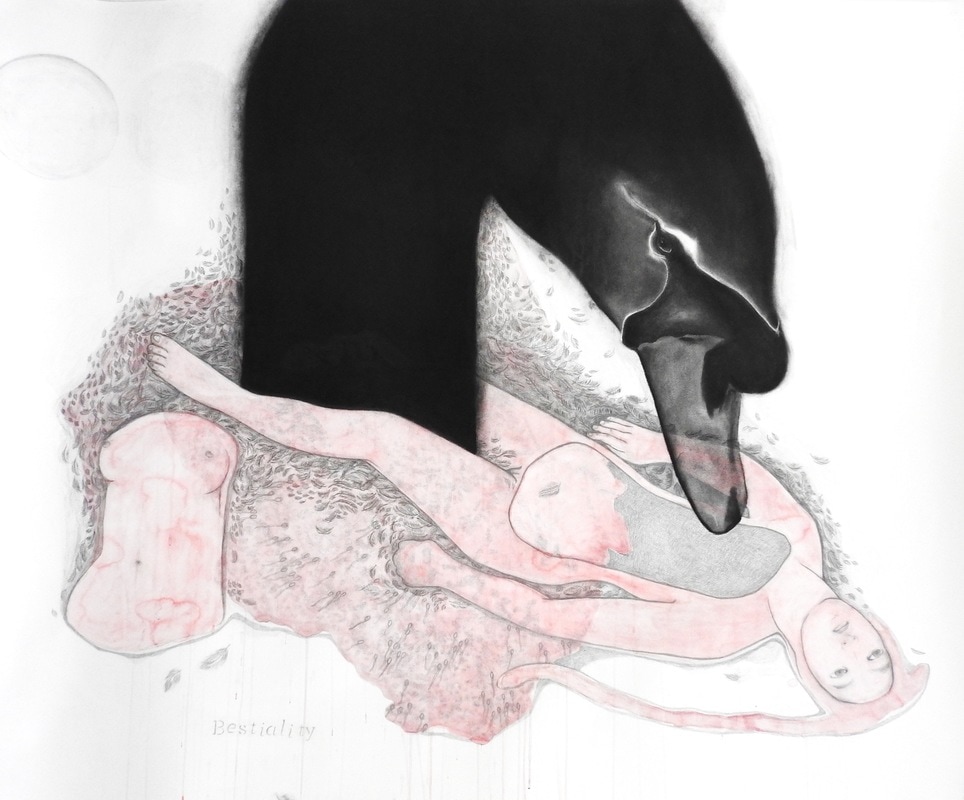 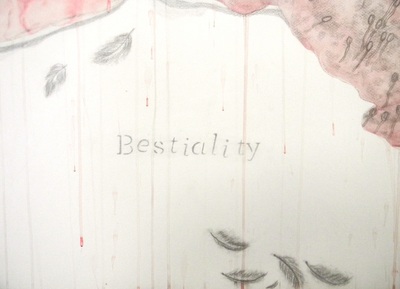 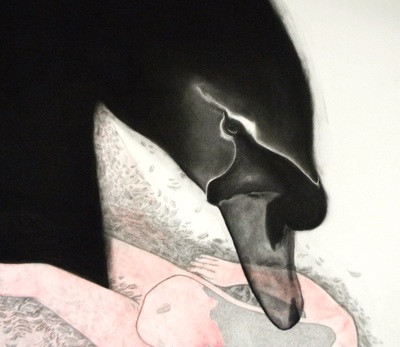 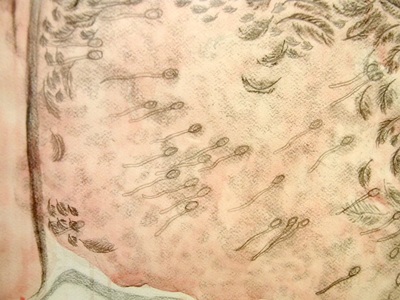 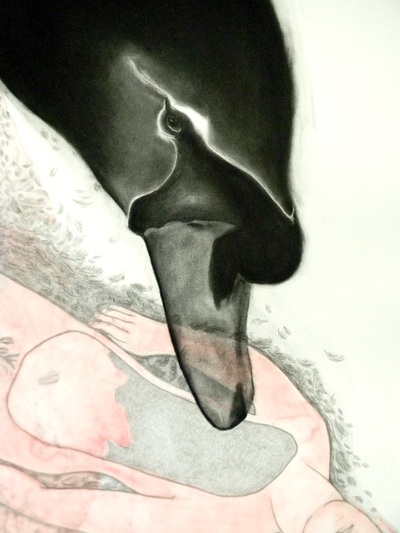 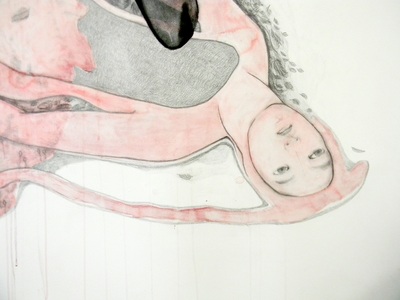 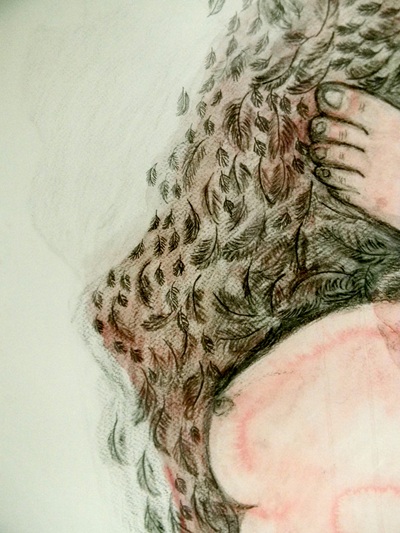 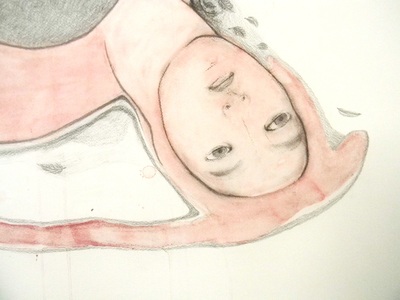 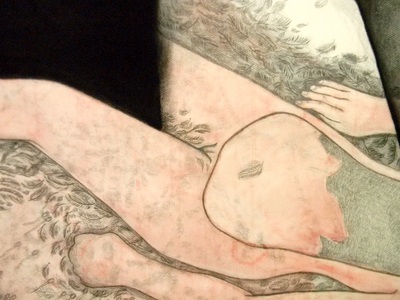 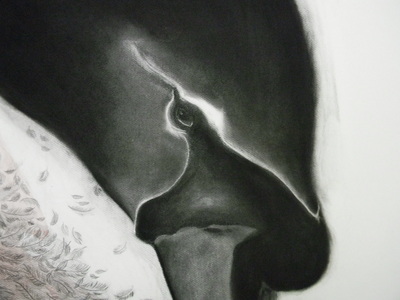 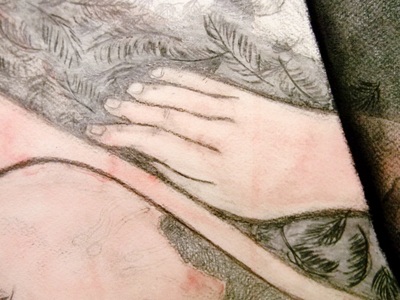 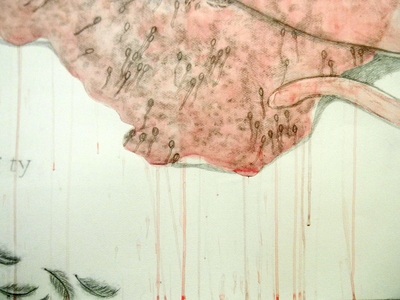 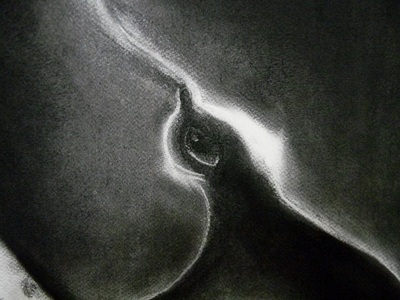