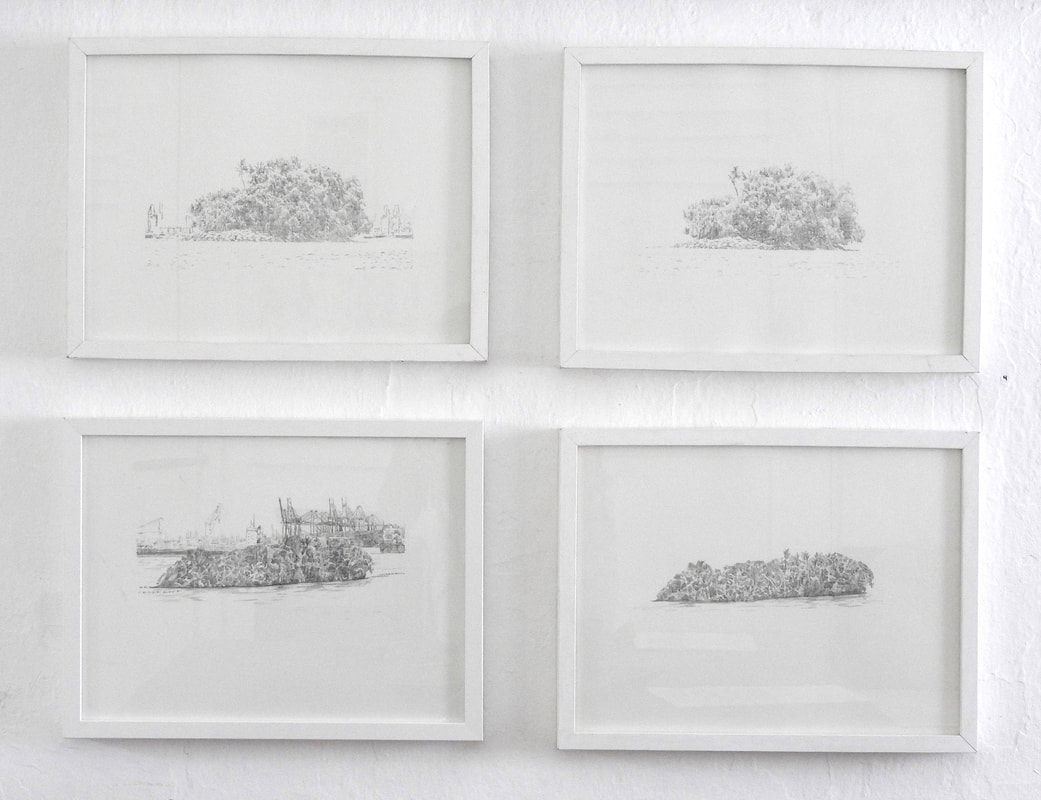 In these hand drawn monoprints, an actual island in Singapore is depicted. On the left hand side you can see the island and it's surroundings; where it is situated, On the right hand side, the island is depicted as how I see it, and how I want it to be,
For years I've been visiting this island, all alone, and loving it, I can truly feel like I am something like Robinson Crusoe, cast away on a deserted island. an adventurer, exploring newly discovered worlds. I call it 'my island'.
At the same time, I realise the absurdity of this feeling, knowing the island is surrounded by industry, hundreds of boats and noise.
I came to realise that my mind is really good at perception; I literally cast away all I don't wish to see.
Singapore being the 2nd most densely populated country in the world, this is an excellent tool for someone like me, someone with a big love for adventures and deserted tropical islands, which I see as little paradises where all is well.

Perception. Creating my own world.

In the works depicted here, the island is the same, yet the backdrop of all the large industry, makes it an entirely different island all of a sudden. Seeing the background depicted, destabilizes the imaginary of the viewer. It redefines the place. The myth of paradise, which for many could be represented by a deserted tropical island, seen with this actual backdrop of the industrial world, creates a surprise of strangeness and shows the complex relationship I/we have with the real. The two worlds depicted here in the reality of the island, seem to not belong together, as they seem worlds apart.
A bold confrontation of globalisation, overturning preconceptions and stereotypes.

Based on film stills from my video work 'the island". 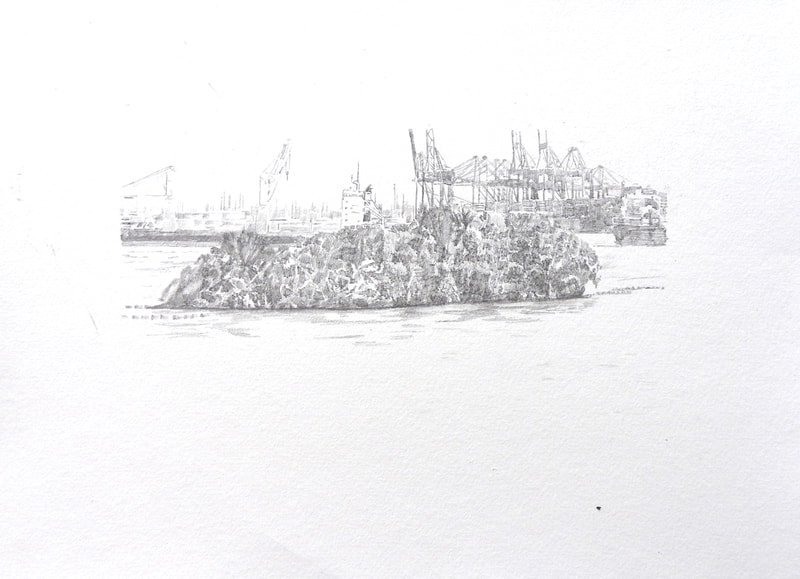 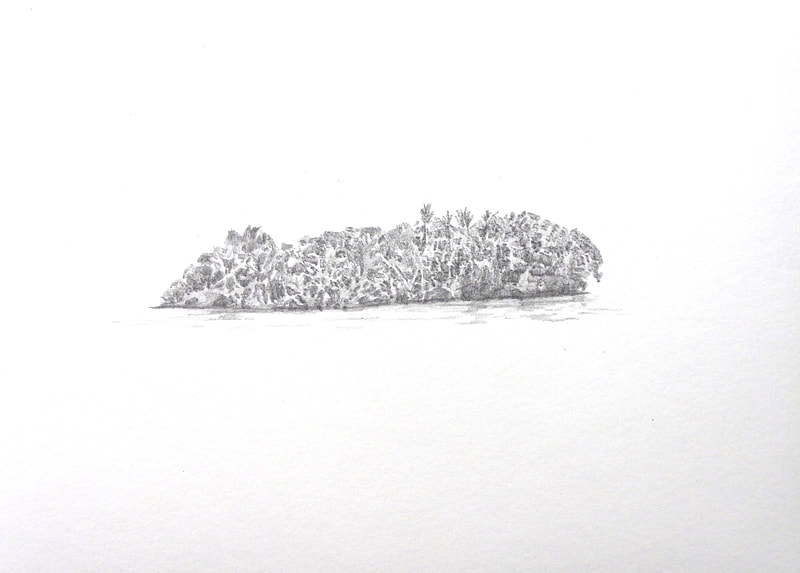 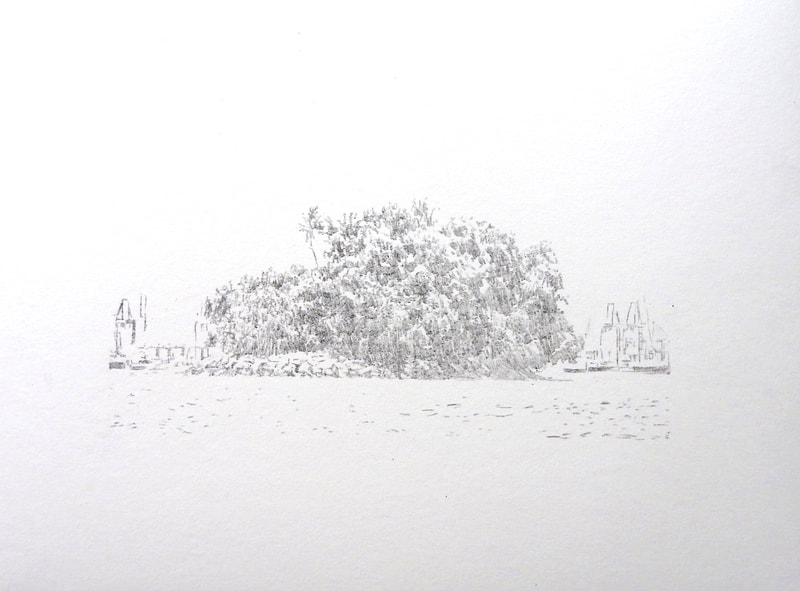 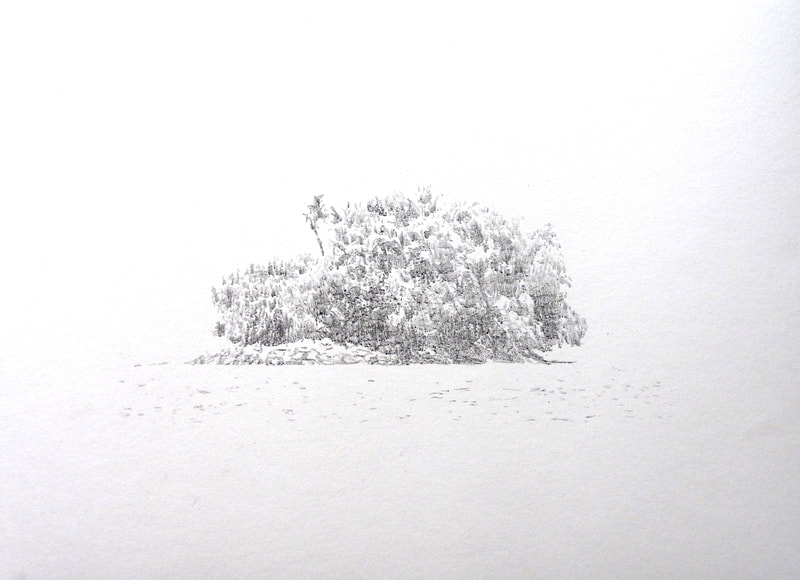