The series, even though literally based on texts from the book, are not illustrations. They are autonomous art pieces, pulled from the book and taken into my own visual world.
Witches often assume,
180 x 150 cm,
watercolour, charcoal, pastel, acrylic on paper,
2015
the full text from the book is;
'Witches often assume the form of beautiful mute girls who make obscene advances to young men on lonely roads at night.' 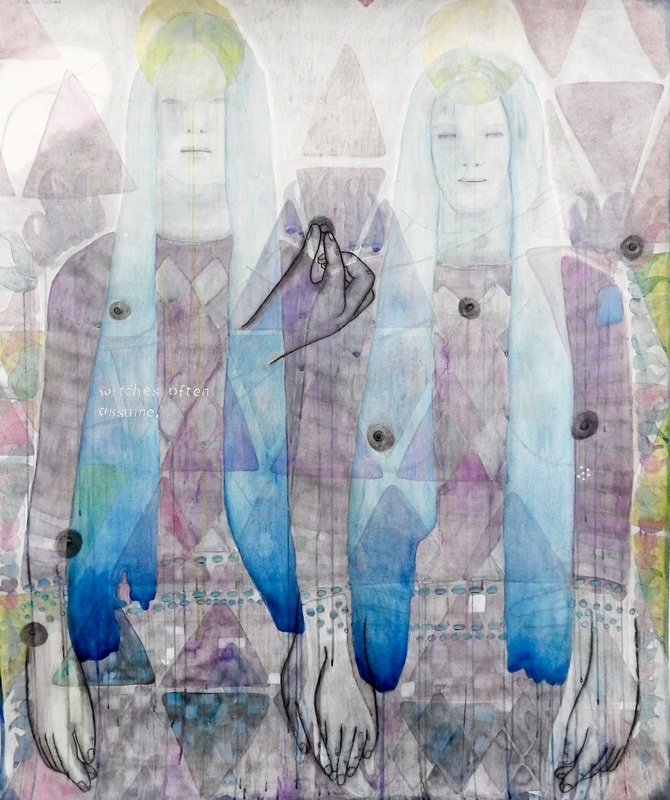 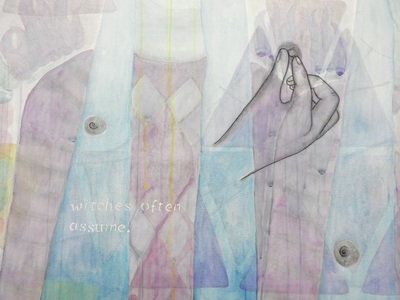 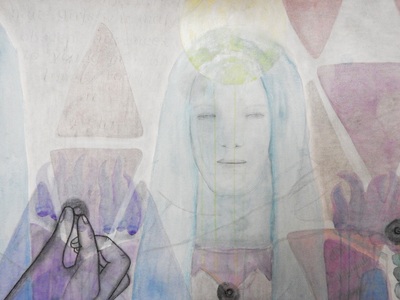 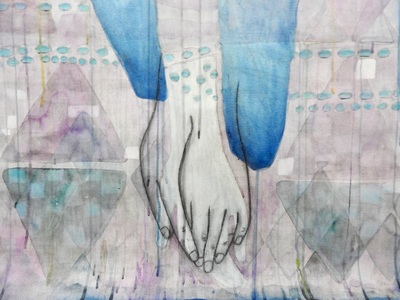