The series, even though literally based on texts from the book, are not illustrations. They are autonomous art pieces, pulled from the book and taken into my own visual world. 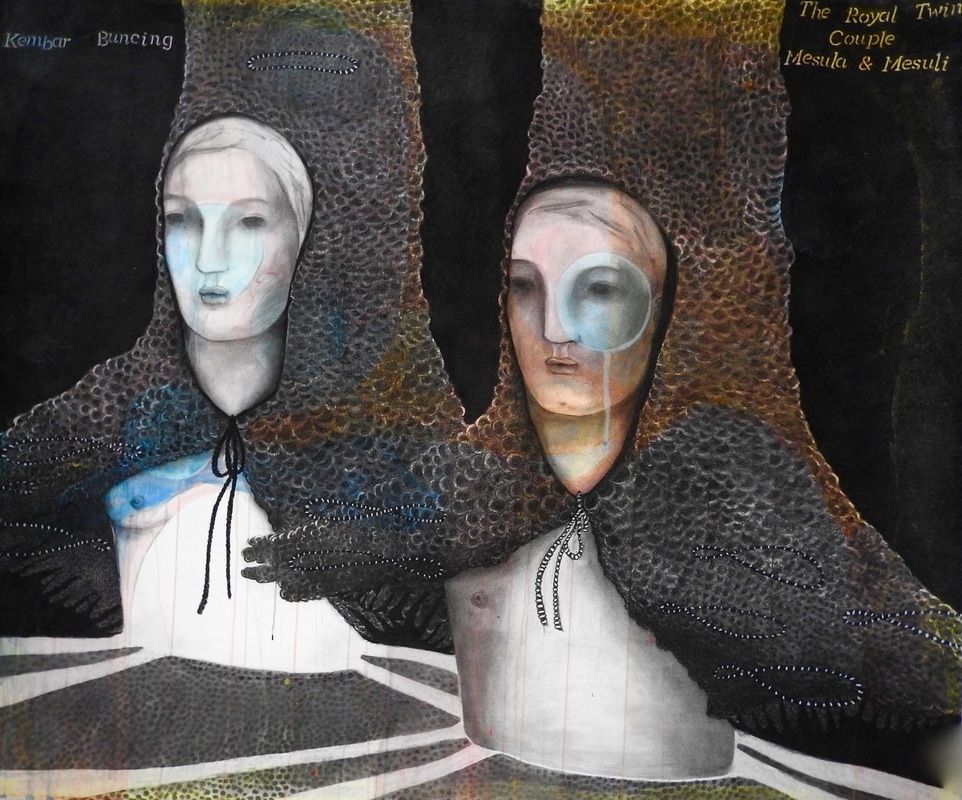 The story tells of twins of the different sex who, when of a high caste, are believed to be married in the womb of the mother, and must marry in real life too.
Higher caste twins of different sex are seen to be bringers of good luck.
​ Mesula and Mesuli were twins of Royal blood in the story. 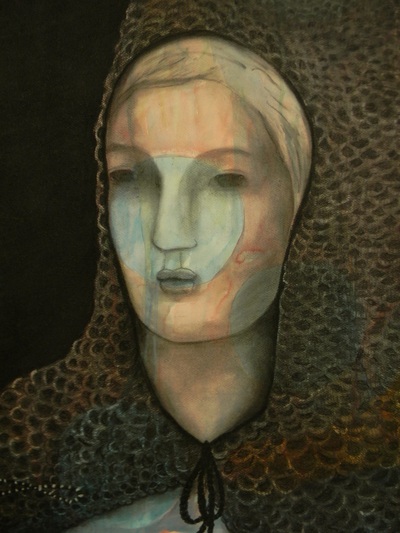 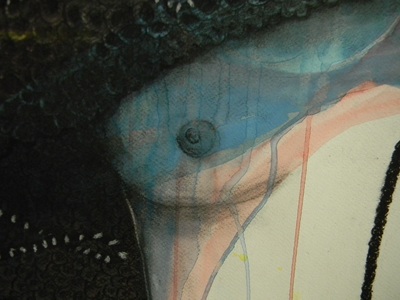 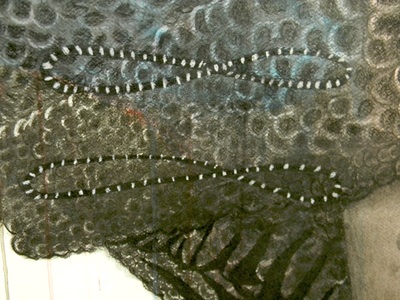 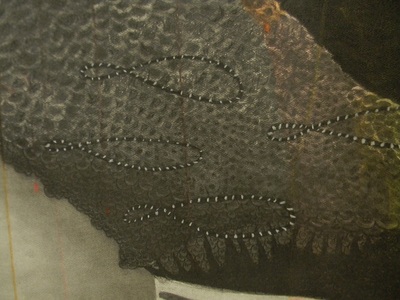 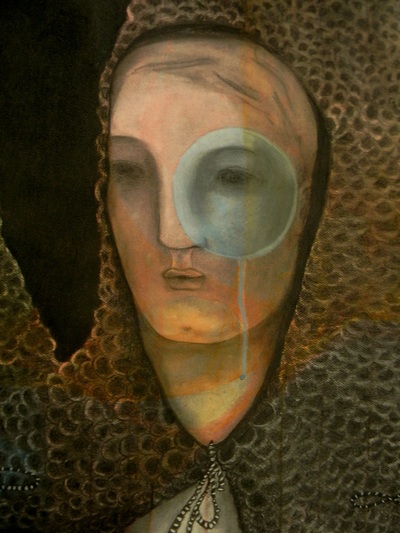 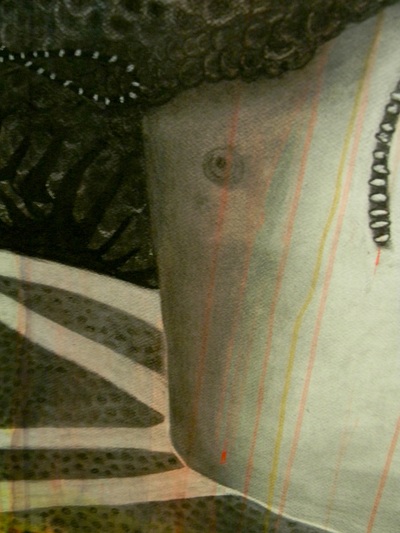 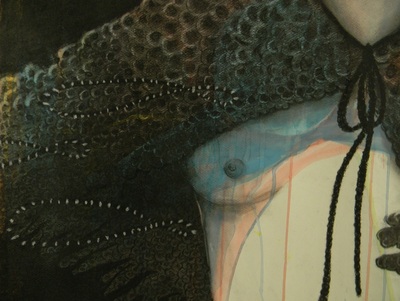 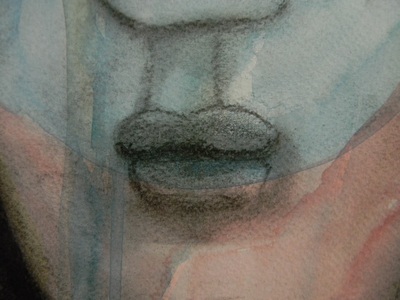 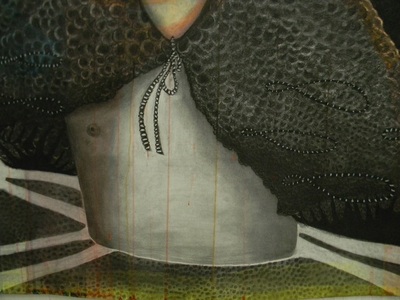 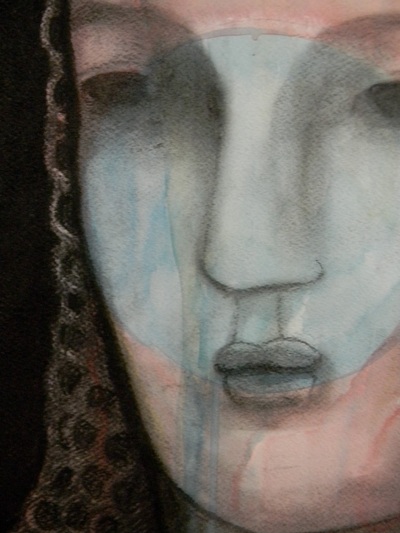 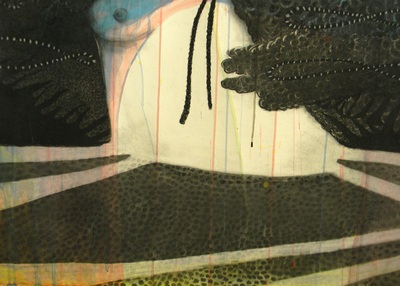 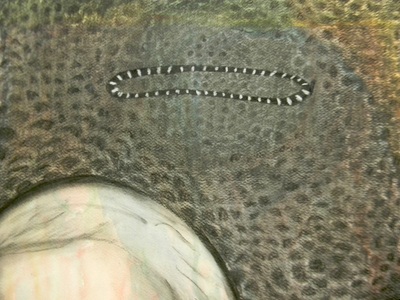 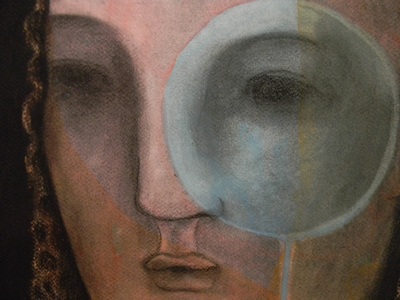 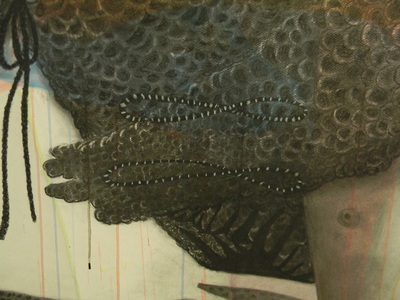 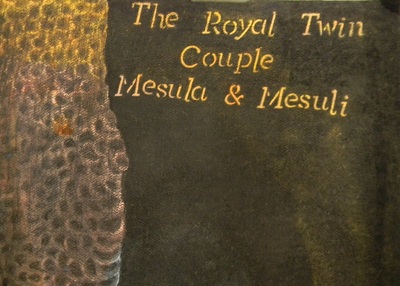