The series, even though literally based on texts from the book, are not illustrations. They are autonomous art pieces, pulled from the book and taken into my own visual world.
Next is the perfumed sky,
180 x 150 cm
watercolour & charcoal on paper,
2013
An abstract drawing of a tropical jungle, set on a background of fairy-tale colours. This drawing refers to afterlife/heaven. 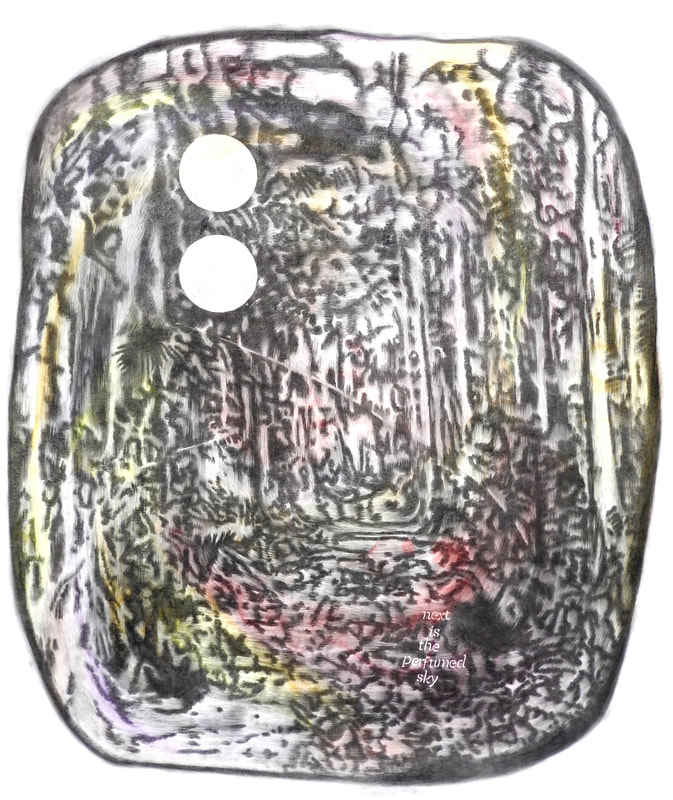 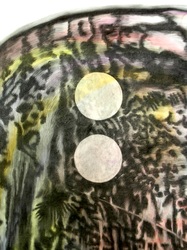 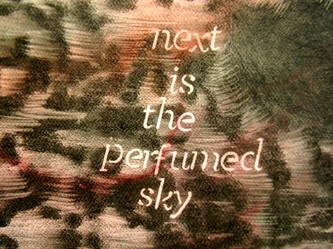 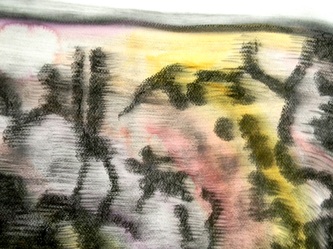 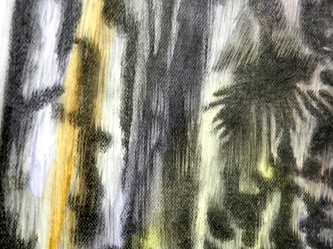 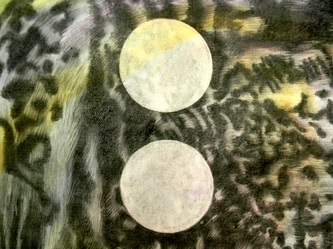 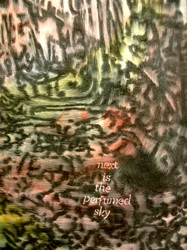