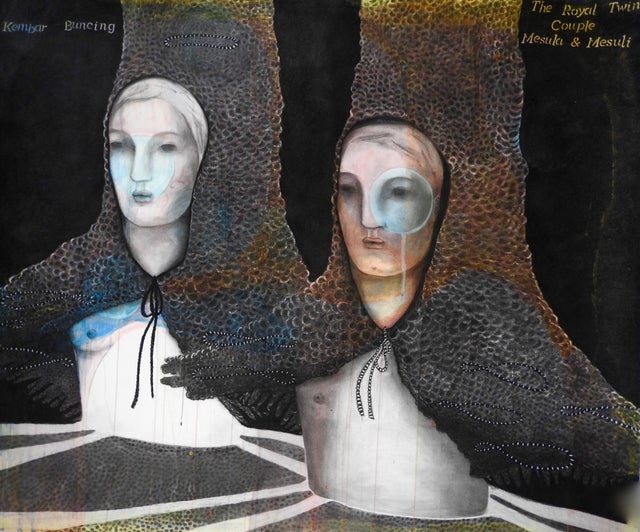 This drawing is based on the story of “kembar buncing”- which means twins of opposite sex. According to an old Balinese belief, these children, if of a higher caste (in this case, Royal), are married in the womb of the mother, a blessing of the Gods. Mesula and Mesuli generated an offspring of seven generations of twins with great magic powers and ruled the area of Pejeng, near Ubud.